Home Who we are

The IAB Società Cooperativa has been a Complex Engineering company since 1994, and has been operating as such since this date. The birth of the company

The IAB Società Cooperativa was established in Budrio, drawing from the experience shared by the founding members of the historic company IAB (Industria Arredamenti Budrio), which was active from 1952 to 1994 as a leader in the turnkey furnishing industry. Having strengthened and consolidated its position on the market, the company reorganises its production base, creating a business unit dedicated to the creation of plumbing/heating and air conditioning systems. This decision, which serves to improve the competitiveness of the company in terms of services offered, achieves extremely positive results, securing the loyalty of a range of important customers. The new headquarters in Cadriano

The company builds its new headquarters in Cadriano in order to cope with the increased number of employees and technicians in the workforce. The company begins the journey that, in the years to come, will lead IAB Group to establish two specialised internal units, dividing its commissions into retail projects and major works. The mechanical equipment unit becomes established within the company, and the number of technical operatives and project managers increases. The Group successfully overcomes the challenges posed by the global economic crisis, thanks to the inspired decision to increase its customer base, and goes on to enter into a number of new key partnerships. 2010 is the year in which the company’s success in the retail and large-scale distribution industry is consolidated. Another successful step for the company. ElettroIab, a subsidiary company that is 100% owned by IAB, is established, with a view to further increasing the service offering to customers. The systems unit becomes independent and highly-specialised, while the design and construction units are redefined and extended, with a new plant design division. Whilst taking shape as an independent company, Elettrolab also immediately became an integral part of IAB.

Despite all the changes to which it has been subject, and its growth over the years, IAB remains faithful to the cooperative spirit which has characterised the company from the beginning, ensuring a serene working environment in which the human dimension of employees and partners is always the first priority. 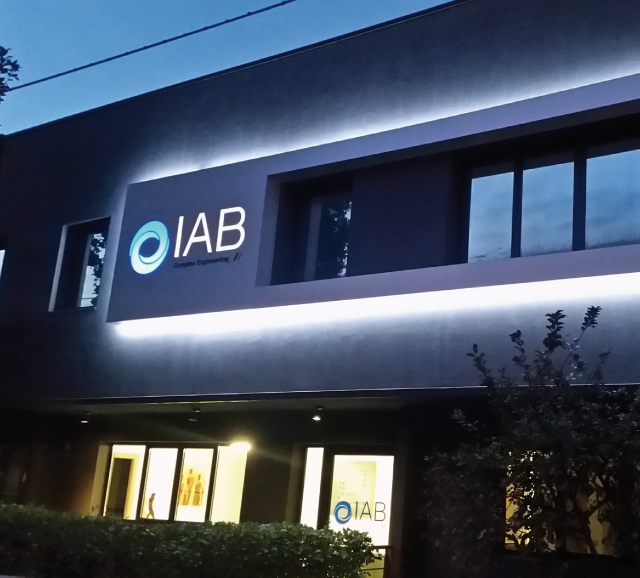 With the incorporation of ElettroIab S.r.l. into Nuova IAB Soc. Coop., the process of rationalising and simplifying the company continues, in pursuit of greater efficiency and flexibility in the use of resources. So it will be a single entity, but with the expertise of two companies, leveraging improved operating functionality and cost savings.

Italian Legislative Decree 231/2001 (“the Decree”) introduced a series of regulations concerning the administrative liability of entities into Italian law, with regard to certain offences committed in the interests or for the benefit of these entities, by persons in senior management positions or those under the direction or supervision of the aforementioned.

In order to prevent the commission of the offences specified in the Decree, IAB soc.coop. hereby declares that the Ethical Code has been approved, and confirms the adoption of the Organisation and Management Model pursuant to the ex Italian Legislative Decree 231/2001 (MOGC). As such, the company requires its suppliers to ensure that all behaviours and actions are in line with the above regulations, as well as those specified in the Ethical Code and in the MOGC, which can be found here.

The Model is part of a broader policy pursued by IAB Soc.Coop, designed to promote fairness and transparency when conducting its own activities and those involving third parties. The Code of Ethics adopted by IAB Soc.Coop. also falls within this policy.

The IAB Soc.Coop Board of Directors has established a Supervisory Body with independent powers of initiative and control, responsible for overseeing the implementation and full observance of the Model and ensuring that this is regularly updated.

Our passion is transformed into numbers:

We would be delighted to hear from you, and look forward to helping you find the right solution with our made-to-measure services!